What are the Different Forms of Domestic Violence? 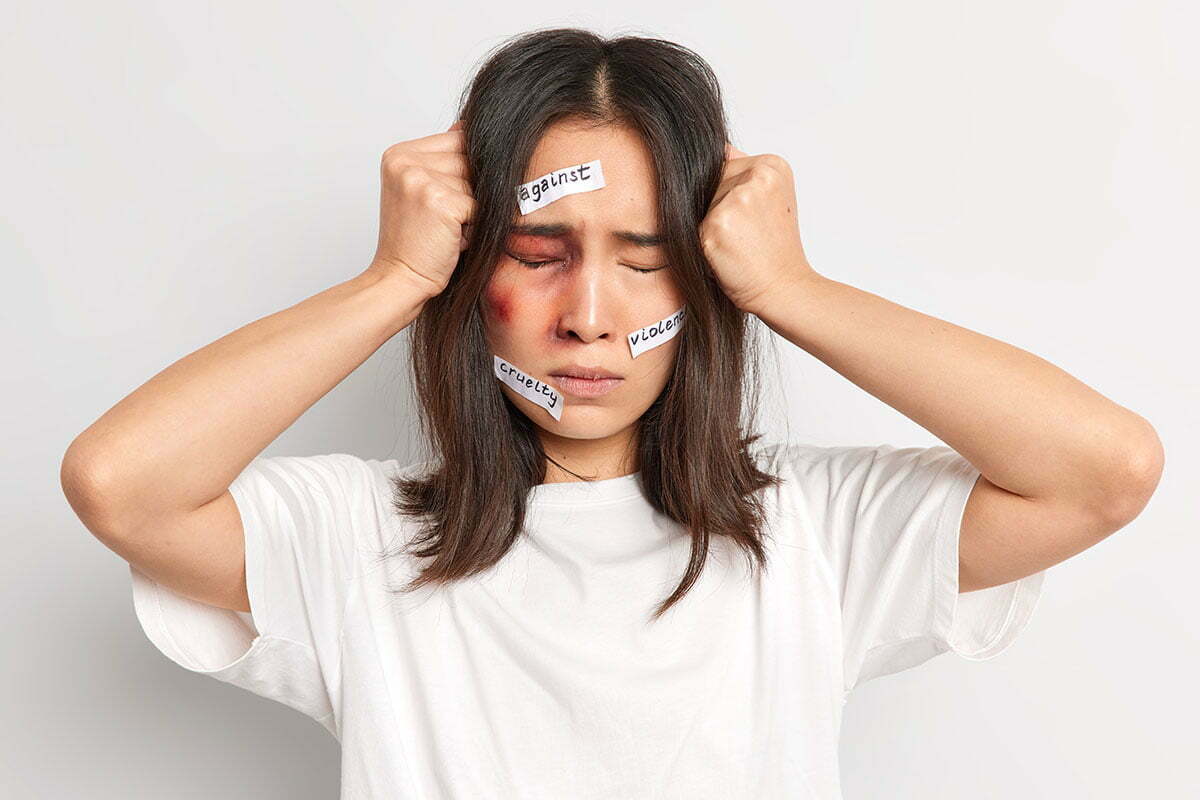 It is a known fact that the safety and well-being of adults and children living in a home with domestic violence is always at risk. So, it is important to have knowledge about domestic violence, domestic abuse and why it is bad for your physical and mental health.

Domestic violence can be categorised into the following types –

Physical abuse is perhaps the most noticeable form of domestic violence. Unfortunately, it is also the most common type of domestic abuse.

Anything from slapping, punching, hitting and biting to burning, cutting, shoving and pulling hair can be termed as physical abuse.

Basically, any action undertaken by a person that is intended to physically harm a partner or a family member is physical abuse.

Also, when a person is in need of medical treatment and a partner or a family member does not allow that person to get the necessary treatment, that is physical abuse as well.

If a partner or family member physically forces a person to consume alcohol or drugs, then it is counted as physical abuse.

Emotional abuse is the type of domestic violence that is often hard to recognise.

Even when people realise that they are facing emotional abuse, they often try to ignore it. As time goes by, it starts affecting their mental health.

Emotional abuse may not seem like a big deal to someone who has never faced it. However, it can be almost as bad as physical abuse.

And hence, it should never be ignored. You should address the issues when they arise. Especially if it continues to occur long term.

When a person tries to invalidate or deflate a person’s achievements, self-esteem or self-worth, it is defined as emotional abuse. Name-calling and constant criticism also fall under emotional abuse.

Interfering with a person’s ability to do things, trying to harm the victim’s relationship with his or her children, emotional blackmail- all these instances can be categorised as emotional abuse.

This is a tricky one to recognise. Even when a person realises that she or he is a victim of sexual violence, that person finds it hard to fight back.

And since there can’t really be any witness to this kind of domestic violence, it is often not detected.

Also, due to the nature of this particular type of domestic abuse, the victims often hesitate to speak out against it. And hence, the victims of sexual abuse keep suffering in silence.

The worst part is, in many countries, if two people are in a relationship or are married, then sexual abuse cases are not even considered for prosecution.

Even when the victim of sexual abuse seeks help, many a times, they are left disappointed.

So, exactly what is sexual abuse? When a person tries to force a partner into sexual contact, then it is defined as sexual abuse.

When a person is forced to carry out certain sexual acts or behaviours that are againts their wishes or comfort zone, that is termed as sexual abuse as well.

Causing harm to the sexual organs of a person, sexually demeaning a person, telling sexual jokes at the victim’s expense and physical violence followed by forceful sex- all these incidents are categorized as sexual violence.

Psychological abuse exists in different forms though its intention is the same. To gain control over the actions and life of the victim.

One of the most basic forms of psychological abuse is to invoke fear through intimidation.

Threatening to physically harm the victim, the victim’s friends, family, children, pets or oneself, are all parts of psychological abuse.

Stopping a person from going out- be it for education, work or socialising- also falls under psychological abuse.

In a relationship where economic abuse takes place, the perpetrator often tries to control all the finances related to the victim.

Basically, the person who carries out economic abuse does everything he can to make the victim financially reliant on him.

In a bid to control the finances of the victim, the abuser withholds the victim’s access to funds. In many cases, the abuser also tries to stop the victim from going to work or school.

Stalking is taken lightly by many people. But if not addressed in time, stalking can turn out to be life-threatening for a domestic abuse victim.

Stalking is sometimes a little hard to detect as it is something that is done by a person known to the victim. Stalking is often accompanied by some other form of domestic violence.

Watching, starring, spying on and following a person against their wishes can be defined as stalking.
Collecting information, sending gifts, making phone calls, leaving written notes, clicking the victim’s photos are all different forms of stalking.

Visiting a person’s home, school, college or workplace without their knowledge or permission is also categorised as stalking.

If someone does the above-mentioned things even after they have been asked not to, then it is definitely a case of stalking.

Stalking needs to be addressed and solved at the earliest for the safety and well-being of the victim.

Cyberstalking has become a real problem in the last decade or so.

As technology has become more advanced, it has become even easier for people to stalk their victims online.

Cyberstalking is also something that is accompanied by some other type of domestic abuse or violence.
When a person goes through the social media accounts of a domestic abuse victim regularly and makes unwanted comments, it can be termed as cyberstalking.

Cyberstalking also includes sending emails, text messages or direct messages repeatedly even when there is no reply from the other end.

Whether there is any tone of threat or abuse in these messages or not, these unsolicited messages or emails are deemed to be abusive.

Domestic abuse and other domestic violence issues are prevalent in many families and couples all around the world.

Some of these behaviour issues are visible to outsiders. While some incidents take place behind closed doors.

Domestic Violence counselling works only if the domestic violence victim and the perpetrator truly wants to make that change in their life.

And hence, the result of domestic violence counselling may vary from case to case.

There are certain cases of domestic violence that may require legal assistance.

Though domestic violence counselling is greatly about trying to solve the issues of domestic abuse and violence, there is more to it.

Chatting with a domestic violence therapist online would help a person identify the domestic abuse issues they might have. And help in solving them too.

If you are not sure whether what you are going through is domestic violence or not, then you can speak to a domestic abuse therapist online.

Chat with a Trained Online Psychotherapist via OnlineCounselling4U

Domestic violence is something that can be suffered by anyone. Your gender does not define your fate. Though it is more common in women, domestic abuse is something that is faced by men as well. If you are in a similar situation, you don’t need to keep suffering silently. Chat with an online counsellor and get domestic violence counselling online. For your convenience, our online counselling services are available through phone, chat, video calls and emails.

What is Domestic Violence and How to Identify it?

How to deal with Domestic Violence?

No comments to show.

10 Steps To Deal With Premenstrual Syndrome

What Causes Anxiety? How to Solve Anxiety Issues?