Simi a four-year-old girl appeared extremely uncomfortable with peers of her age. She was hanging on to her mother whenever she brought her daughter to the nearby park during the evenings. Aarushi was an active young girl throughout her childhood, however, when school started, she began to show symptoms of separation anxiety that is uncommon among children between the ages of 11 years old. old. Some students were between 4 and 5 years old and were typically pre-schoolers who had serious issues in interacting with other children, and their motor skills appeared to be insufficient.

Schools were closed for physical classes and the use of online education was the sole way to go during the outbreak. However, Child Psychologists, Pediatricians, and Psychiatrists from all over the globe continued to offer an earful about the state of social anxiety among children who attend school. Due to the absence of outdoor pursuits, their gross motor skills, as well as fine motor skills, looked underdeveloped. Their emotional intelligence was in danger, displaying various psychosomatic symptoms across different levels of children in school.

What is Social Anxiety Disorder (SAD) in Children

Before we can comprehend Social Anxiety Disorder for children who attend school first, we must understand “social anxiety disorder” first”.

According to American Psychiatrist Association, DSM 5

“Social anxiety disorder is sometimes referred to as an anxiety disorder that causes discomfort with social interactions and anxiety of being judged or embarrassed by other people (NIH 2014). The discomfort is felt as anxiety and fear and is associated with autonomic arousal, including diaphoresis and apnea, Tachycardia, tremors, and nausea (ADAA 2014). It may range from mild to discomfort that is altered and circumvented, but it can also be the point of being a crippling fear of the infiltration of multiple aspects of our lives (American Psychiatric Association, 2013,). The anxiety that sufferers of Social Anxiety suffer from can be a result of generalization to everyday activities like eating out in public or even using the public bathroom. Social phobia sufferers want social interaction and would like to take part in social settings however their anxiety can be unbearable (NIMH 2014). Social anxiety can result in being isolated, or the lack of growth or stagnation in social skills. This could exacerbate existing social anxiety.”

Teenagers and children who suffer from a Social anxiety disorder (SAD) can suffer from symptoms throughout adulthood, without being diagnosed. While SAD ranks third as the most frequent mental health issue, however, many parents and educators are not aware of the symptoms and signs that can be seen in teens and children.

Social anxiety disorder can cause extreme fear or phobia of situations in which you are performing in a social setup. While most teens experience moments of normal anxiety due to the transitions that occur through adolescence, people who suffer from SAD suffer from anxiety that is completely out of proportion to the circumstances they have to face.

The fear of being seen as socially awkward is a major problem for children. It’s when children are worried that others will notice them and mock them and make fun of them. Fear of being mocked or being mocked and bullied, being the center of attraction negatively, or being the topic of discussion causes anxiety in children, which makes them stay away from social gatherings, and even attend school. This anxiety can cause them to hide their feelings and, in extreme instances, children may be aggressive. Children are typically afraid to share their feelings with others which can result in social anxiety disorders. A child with a social anxiety disorder tends to attempt to avoid people or situations that might trigger their anxiety and cause their condition to get worse. It’s also difficult for them to seek assistance when they’re alone.

The school was back in session and there was lots of excitement among the children who had the chance to see their peers who they had never met in the past two years due to the covid lockdown. While there was a large number of kids who were afraid to go to school. A few children developed a fever for reasons that were not clear with speech like stammering out of anxiety while a few displayed other physical symptoms. This was a test time for everyone, parents-teachers as well as the students since there have been drastic changes in the system of education in teaching and learning, across a larger spectrum.

In the coming weeks of the school year, kids with social anxiety disorders could be more vulnerable to the consequences of the pandemic. Alongside the negative effects that the new school term brings, students who suffer from a disorder of social phobia might face significant difficulties once the school year begins. At this point, the children with a social anxiety disorder require continuous treatment. Although the signs of depression & anxiety can be improved with time, they could get worse if the child’s condition persists. This is the reason why a long-term investigation of anxiety and social issues in school children is crucial.

A Few General Reasons for Not Going to School

The students had a diverse opinion among a small group of students who were accustomed to the learning online system. They favored this mode of learning because there was the possibility of multitasking for students. Many didn’t want to return to school because they didn’t feel comfortable with other children. Certain children entered their teenage years and experienced physical changes in them, along with changes in their biology (both the boys and girls Puberty). This led to more awareness and anxiety over their body appearance. Therefore, some children are socially uncomfortable.

How to Recognize Social Anxiety Disorders in Children

The first step to diagnosing the child suffering from an anxiety disorder of social relations is to establish the degree of anxiety. The severity of the disorder might vary from child to child and so does the dealing method. Parents, family members, and school teachers have to be very patient while dealing with the children with this kind of disorder, and always work in a close network like a team to help the child overcome the fear of social anxiety.

Children might be timid to speak up about their feelings Teachers may not be aware of their behavior. Fidgeting, sitting calm and quiet, avoiding eye contact, and talking are several symptoms of shyness.

Children may be anxious when asked questions or might refuse to engage in an activity that requires doing. Teachers might overlook the issue as they may think the child is shy. Acting stubborn for not coming to the stage and not being able to say simple rhymes, and do simple tasks are some symptoms.

Social anxiety disorder could hamper a child’s performance at school and in social settings might show up various symptoms. The child might look under constant mental pressure, utter distress, and might look fearful about something constantly.

Younger children might experience separation anxiety, while older children may be more worried about the consequences of a pandemic that is global or the stress that comes from the stressors parents are experiencing. They could also be staying away from relatives or friends altogether hence acute separation anxiety can be noticed that will exhibit in various other forms like frequent urination, thirst, eagerness to go back home, not being attentive in the classroom or the social gathering, sweating profusely for no apparent reason.

Some may feel that they are not able to meet strangers in a group environment. For instance, they may be hesitant to go to school or meet friends. Many teenagers who have had changes in their bodies recently feel uneasy about going out in public because of the fear of being criticized for their bodies. In the end, it’s social anxiety.

Children might shy away from seeing new people or become aggressive, run away or even hide behind their mothers as they come across social gatherings or go to school, where they have to face many people. They might refuse to greet them, refuse to interact with them, and might put parents in an embarrassing situation with some annoying behavior.

Children are assessed based on performance in the above respective skills. But the two years of break from school and a total cut-off from social exposure have affected the child’s performance and their motor skills as well. They might not be able to run or perform some skills that require a good amount of eye-hand-body coordination. Hence one has to go slow in the process of learning and help the child to learn slowly to interact and learn things at their own pace.

See also  What is Domestic Violence and How to Identify it?

Many anxiety treatments are built around exposure to situations that the patient is afraid of. In the instance of social anxiety disorders, there are many possibilities for exposure to the school setting. It is recommended to choose exposure Methods and the D Method. These methods are suitable and can be utilized in a group by parents-teachers as well as caregivers as well as the child/adolescent self-advocates.

Medicine is not the only option in this situation. As long as it is not it is necessary, medicines should not be recommended to children for a brief period. The most common medications include SSRIs and Beta-Blockers.

2. Exposure to the trigger factors in low amounts

Introduce the child gradually to social interactions starting with an intimate group of family members, then the extended members of the family, and the school. Then, larger gatherings of friends as the child grows used to the growing dimensions that the network has become.

The child should be rewarded, and praised the child as the child can overcome their social anxieties and can mix with other people, and be a good performer in public should be encouraged.

5. Talking with a psychologist and mental health professional

Speaking to a Child psychologist or psychologist, or school counselor can be a good option to get the right help promptly.

Children are constantly evolving throughout their developmental stages. There are times when they struggle to overcome certain fears that persist into adulthood. Therefore, it is always recommended to cut the bad habits in the early stages. Therefore, never be afraid to seek assistance.

On the website of OnlineCounselling4U, we have highly trained mental health professionals and child psychologists who can help you to understand what’s happening in your child’s brain and assist your child deal with their Social Anxiety Disorder and other behavioral issues as well.

Best online therapy near me

The rising number of social anxiety disorders has brought about a fresh understanding of the disorder and new treatments. As more people are aware of the consequences of anxiety-related issues and the effects of social anxiety, more research is required to determine the most effective treatments. If you think your child is suffering from anxiety related to social interaction, seek out assistance immediately. Don’t hesitate to seek help. It can be hard for kids to talk to their teachers or parents however, don’t let that keep you from doing what your child enjoys doing. It is always possible to consult professionals through OnlineCounselling4U if you or your child feel overwhelmed by anxiety about social situations.

Book a consultation for your child with our Child Therapist / Psychologist today.

To make an appointment now, 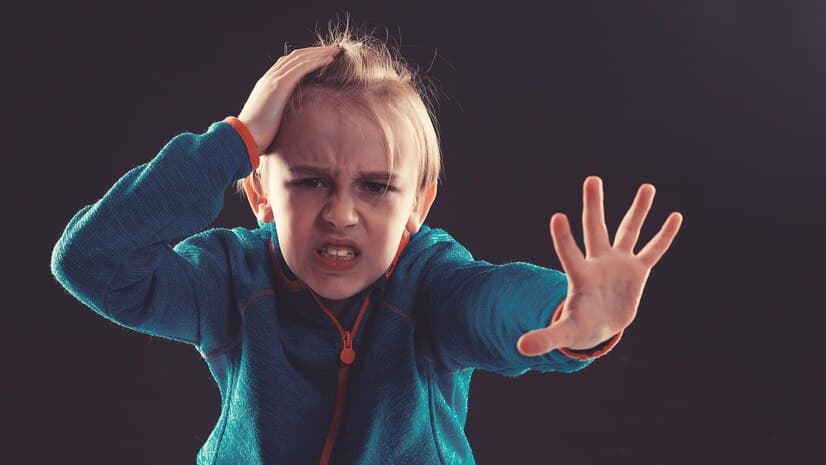 Hi, I am Lavanya. I am a counseling psychologist and an NLP practitioner ( neuro linguistic programming). I am also a Certified Happiness Coach. I share my insights on various aspects of human psychology and relationships through my blogs. I am a social worker and also an ardent animal lover. I am associated with SAFE Hyderabad an NGO that works towards Street Dogs.

How To Manage Suicidal Thoughts

No comments to show.

How To Manage Suicidal Thoughts